Today I am going to begin my journey to convert some existing java code from whatever state it is in into a parallel state. In order for me to really be convinced that my parallelization effort has been successful, I will need to get a base measurement of cpu utilization to compare "before" and "after" program output. 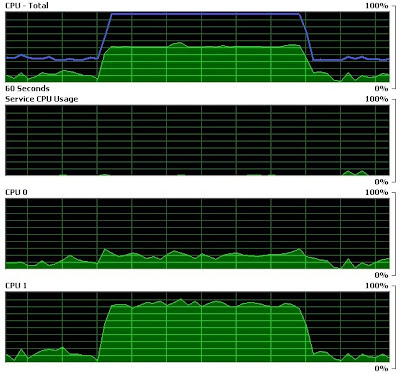 As you can clearly see in the graphs above, CPU 0 was heavily underutilized, whereas CPU 1 was maxed out. 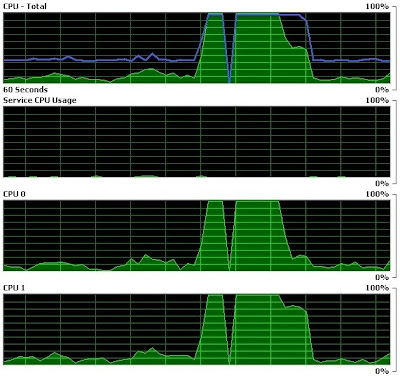 In the graphs above, both CPUs appear to be performing an equal amount of work. Additionally, the total running time of the application has been cut approximately in half.

It appears that running the cpu intensive work in separate threads actually got the job done much faster. This would imply that indeed java is making full use of my dual core machine.
Posted by Eugene at 10:35 AM No comments: