This morning we took the Eurostar from London to Brugge, Belgium by way of the English Channel, Lille France and Brussels. Brugge is a beautiful little city, dating back over 1,000 years.

The first night, we ate dinner at Tom's Diner. Eugene had chicken quesadilla, Belgium style and I tried the braised beef with potatoes. Both were very good, the restaurant was nice but definitely a bit stuffy and uppity.

We stayed in the Biskajer Hotel as recommended by Trip Advisor. The owners  of the hotel are very attentive and curious to know that your stay is going well. Breakfast was served each morning and the rooms were clean. Only complaint was the shower - basically a bathtub with a handheld spray nozzle. We kept joking that taking a shower was like bathing Bailey and her 10 best friends - more like a cattle wash than a relaxing shower.

Today was spent wandering the streets of Brugge. We enjoyed walking through the many canals and little neighborhoods in the city. We visited Dumon chocolate to try their many varieties of hand made daily chocolates, yum! We spent much of the day trying waffles, fries and other Belgium snacks! Dinner was from a recommendation by the hotel owner at a place called Venice - great Belgium food and a 3 course meal for 17 Euro. Eugene and I both tried the Flemish beef stew, it was excellent! 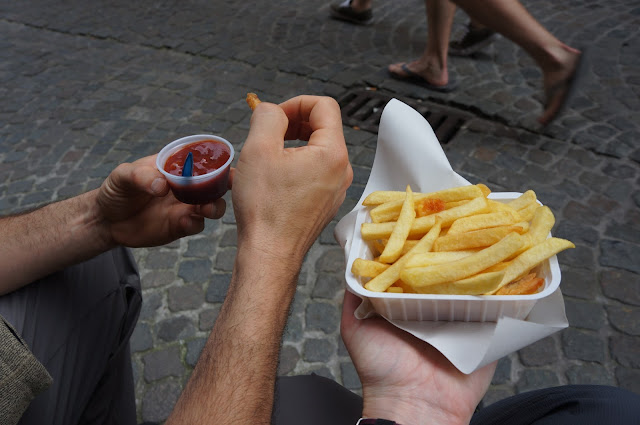 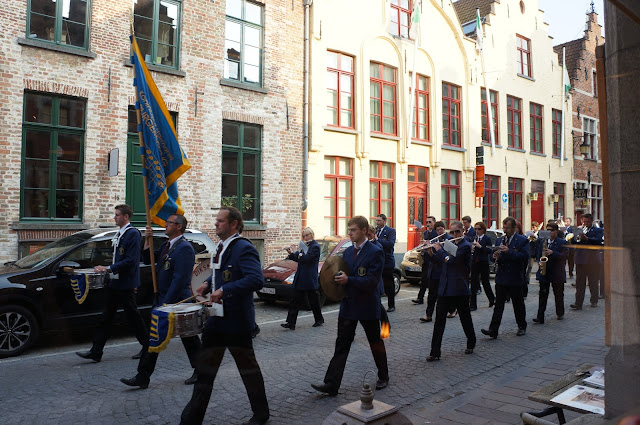